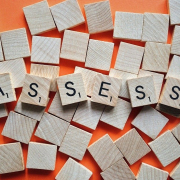 What HR professionals need to do to assess the talents – internal or external to the Company – through big data and social media with new tools available.

The digital revolution is transforming the world of work. Many professions become anachronistic, while others are born. So far, everyone agrees. But it’s not enough: for those involved in research, selection and in general management of people it is necessary to consider that the evaluation of the talents has also changed in the digital era. Not understanding, it would mean – paradoxically – the risk of being in the anachronistic half of the world of work.

In particular, the rise of technology has caused a great debate not only with respect to the most sought-after skills to compete in the digital age, but also to the tools through which these skills will be identified and measured. To take stock of the situation, we talked about it with Simona Amati, Keystone’s partner, psychologist, talent assessment expert and attentive observer of digital evolution in the world of work.

What is the state of the art? Will big data choose candidates? Or is it even that?

The so- called datafication of talents, i.e. the use of big data in the selection and evaluation of talents, is already present, at least in the world of global multinationals which fully exploits the economies of scale.

Outside this context there still oscillates between enthusiasm and mistrust, as is typical of the initial phase of each change. Personally I think the answer lies in a balance, largely still to be built, between the new methodologies of identifying talents and traditional tools. Mine is not, mind you, a reassuring, comfortable position. On the contrary, in order to play an active role in this new equilibrium, we HR professionals will have to change, abandon the comfort zone: so the trip is going to be interesting but tiring.

Within the datafication, one of the main trends is the gamification: is it correct?

There are several trends in place, and the one concerning the game is one of the main ones, if not the main one. Having regard to the spread of games, especially among under 35s, it was decided to use them to detect useful data with respect to personality characteristics. Within this phenomenon two different models have been identified. Gamified assessments are classic attitudinal tools, comparable to situational tests, presented in the form of play: they generally have a good psychometric strength but they have considerable problems of construction and maintenance costs. Game based assessments, on the other hand, are personality tests in the form of games, very engaging but which, at least to date, cannot yet boast a certain psychometric validity. The advantage of these latest assessments is that they are fast, engaging and able to attract more especially millennials. For this reason too they are widely used by companies that want to position themselves as culturally innovative on the employer branding market.

You said that gamification is just one of the directions taken by digital assessment. What are the others?

A recent study by Tomas Premuzic Chamorro and colleagues articulate the phenomenon of datafication in four large areas that seem to have a serious growth potential. Besides the gamification there are: digital interviews and voice profiling; social media analytics, web scraping and text analytics; internal big data and talent analytics.

Could we try to define them a little in more detail?

The first is based on the possibility of developing systems able to identify the micro emotions that the candidates express during pre-recorded video interviews. In some cases, through voice profiling software, the voices that have the greatest capacity to arouse positive emotions in the listener are selected. The second, social media analytics, as the name implies, is based on the relationship, studied in particular at the University of Cambridge, among the digital footprints, that is the traces that people leave when they use social media, and the personality characteristics and IQ. Or, free texts are analyzed through linguistic processors, highlighting the use of terms related to certain personality characteristics. Needless to say, these methods trigger a debate relevant to the issues of privacy and legality itself.

Finally there are data that develop within the company.

Exact. Under the definition of internal big data and talent analytics we mean the use of big data that companies produce internally to identify talent signals. Practically, predictive models are created that link human capital with organizational efficiency and performance. An example? You can expect improvements in the sales of a given business unit based on the precise behavior of employees (eg mail sent, number of phone calls or any type of daily behavior that can be traced). Through artificial intelligence we can understand the critical factors of success or failure in sales activity, making valuable information available to managers to create highly performing teams.

In conclusion, where are we?

We anticipated this at the beginning of this conversation. Let’s say that we live a healthy dialectic between a world of long-standing evaluation methods and new trends that exploit the opportunities offered by technology, objectively impressive, especially when applied on a very large scale.

What is the role of HR professionals in this great change?

I see two symmetrical risks: on the one hand, to declassify the datafication of talent to temporary fashion and reject it in a priori way, with the risk of becoming automatically part of the past; but at the same time we have to beware against the easy falling in love and demand the same methodological rigor, the same accuracy that we have refined in traditional methods: we must accompany this change with intelligence, following the evolution of research, continuing to learn. As always, in short, the basic choices affect us, to people.

Coaching: to cope with an ever changing world
Scroll to top