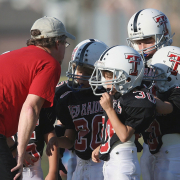 Talent is not enough. Even some of the most talented men on Earth like Jeff Bezos, Steve Jobs, and Larry Page, in fact, for their careers have invested in personal development often using coaching. All three were led by the legendary Bill Campbell, former player, coach and trustee of Columbia University.

In Italy too, the adoption of coaching paths is increasingly frequent in the professional sphere, especially since the moments in life have risen, when, for example, even beyond their own will, there is an interruption of own work path, change role or find yourself in a business reorganization.

It is above all in moments of transition that coaching reveals its strength.

Coaching is a practice that helps people realize their potential. It is based on a relationship of trust where the coach plays a role of “mirror” and focuses his attention on the needs and objectives of the person before him, aware of having a “competent” person in front of him and not a learner: in coaching, in fact, the real expert is the client, just as in sports, the athlete has different specific skills and superior to those of the coach (Ronaldo, to be clear, plays football better than Allegri), which has the role of making them emerge and enhance them. The coach does not give advice, does not teach and does not solve problems but helps people to put themselves in a learning attitude and to take responsibility for achieving personal goals. This is why coaching works well for people who are already investing in themselves while it is less effective when used to straighten problematic situations: “Since you are not able to manage people, I send you to take a path of coaching “is a phrase that would be better to erase forever from the lexicon of HR.

Through an intense dialogue, made up of attentive listening, questions and feedback, the coach helps the person to focus more clearly on the objectives, to question consolidated points of view, to experiment with new ways of behaving and to discover unexpected solutions to problems.

In an era where everything changes quickly and constantly, whether you decide to take the path yourself, whether you propose it and support it, coaching can be the accelerator of change.

In fact it is more difficult to change by doing it yourself.